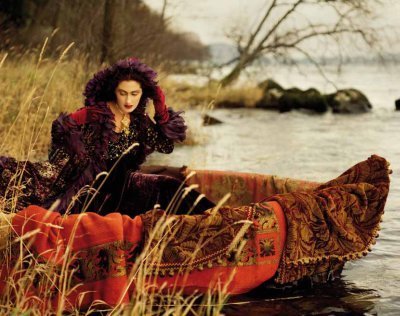 At the 2010 Convention Dinner, John Swannell was awarded an Honorary Fellowship of The Societies in recognition of his contribution to the art of photography. Here we reproduce a feature on John, written by Trevor Lansdown with kind permission of Calumet. All images courtesy and copyright John Swannell.

John Swannell may be of slender stature but he's made a big fat impact on UK and international photography across a helter-skelter working life that has spanned 40 years - and shows no sign of slipping softly into the photo sidelines any time soon. Swannell (63) has pretty much done it all. But naturally he's far too polite to boast about any of it.

Despite his honest modesty, the truth is his name resonates effortlessly through the same hallowed halls as iconic photo-gods such as Bailey, Penn, Horst, Parkinson, Lategan, Avedon and Brandt. He's the guy Princess Diana called personally in 1994 to commission portraits of herself and the two boys. He's the guy who once told Valentino (most respectfully) that unfortunately he wouldn't be able to accept his very lucrative commission to fly to Milan to shoot the latest fashion collection as he had promised to look after his kids that weekend. (In the end Valentino flew the clothes and accompanying entourage to London and Swannell did the shoot with David Bowie's model wife Iman - while his two kids watched enthralled, at the back of the studio.)

He's also the photographer that Buckingham Palace officials turned to when they needed to deliver what was described as; 'The most important photograph of the royals since Queen Victoria was pictured with her family'. The image was to mark the Queen Mother's 100th birthday. 'Apparently there had never been a picture of a past queen, a present queen, a future king and another future king in one image before', enthuses Swannell. 'And they gave me exactly 10 minutes to shoot it. That's pressure.'

He's the man who sipped cocktails on a yacht off the south of France with Helmut Newton, David Bailey, Don McCullin, Lartigue and Sarah Moon - and famously shared a joint with John Lennon while his then boss, Bailey, was photographing Yoko in a nearby studio. 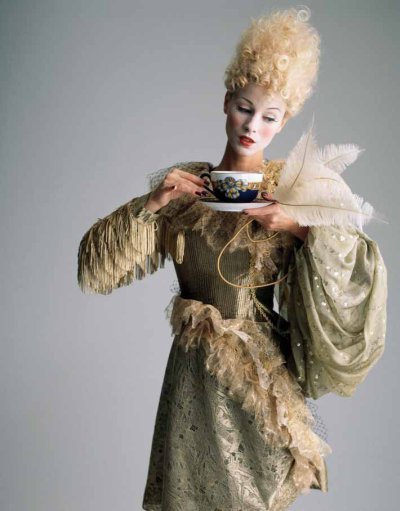 'I was about 20 and assisting Bailey at the time', he recalls. 'John Lennon sat down and rolled a joint. He asked me if I smoked. I told him I did - but the truth was I had never even smoked a cigarette before. But what do you do? Who is going to refuse to smoke a joint with John Lennon?' He adds: 'I nearly choked on it and Lennon just laughed. Later at the pub my mates asked what I had been doing. I told them I had spent some time smoking a joint with John Lennon...and they said, 'Yeah right.''

He remembers the day he was assisting Bailey at a Rolling Stones album cover shoot at Stonehenge when suddenly a coachload of girl fans pulled up. 'I couldn't believe what happened next. Mick and the boys ran off like Olympic athletes' he laughs. 'Bailey and I just stood there speechless.' John Swannell is also probably the only man in the world ever to bring the controversial prima donna model, singer and actress Grace Jones to heel - after waiting three days for her to turn up for a shoot. 'Olympus had brought out a brand new camera that could photograph in the dark', he says. 'They asked me for ideas on how best to advertise it. I suggested we commission a top black model and take pictures focusing on the whites of her eyes.

'On the third day she still didn't show at the studio. By then the fees for all the team were getting serious. We had been twiddling our thumbs for days. Eventually I got fed up and called her at her London hotel. I knew she had been to lunch at San Lorenzo's when she should have been in the studio with me. I told her that the fees could now be up to around £200,000. Grace said she would be there in ten minutes - and she was. Funnily enough I did that shoot in just 10 minutes too.'

Swannell got lucky after leaving school at 16. He secured a job in Fleet Street delivering photographs to newspapers and then he took himself off to labs to learn how to print.

There are 289 days to get ready for The Societies of Photographers Convention and Trade Show at The Novotel London West, Hammersmith ...
which starts on Wednesday 20th January 2021