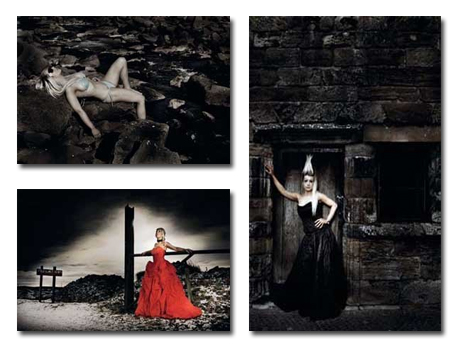 ONE 2008 YEAR
ONE MODEL natalie
ONE PHOTOGRAPHER john baikie

I believe it's a common thing for photographers to hit a patch where they don't feel inspired, and think their work has hit a dry spell. I hit this patch last year, and despite people telling me my work was good, and improving constantly, I felt I needed to do something to get me thinking again. Customers are all happy with the work I produce but I just felt I'd gone a bit stale, and was running out of ideas.

Feeling this way is the easy bit, fixing it is not so simple. So what do you do? Take time out? Go on holiday? I tried spending a few days shooting landscape photography, but still felt the same. I had been asked to go to Spain in early February to take part in Martin Grahame-Dunn's 'Aspiring To Fellowship' course, and it was there that I saw the light, so to speak!

During the week-long course we were put in situations where you had to think on your feet, constantly coming up with ideas. There were three of us on the course and only one model to shoot with for the week. The difficult but very useful thing was to keep coming up with new ideas in that situation. The week went very well, and we were all very proud of what we had done. 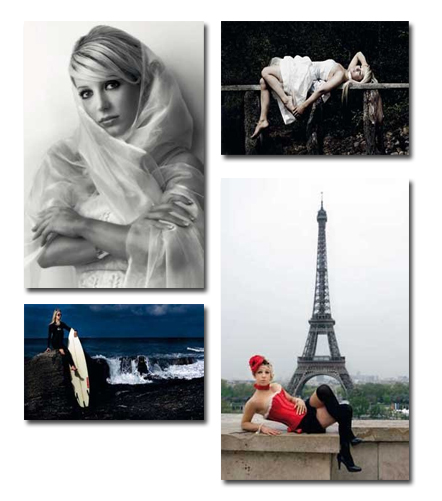 But it didn't end there. I suddenly had the idea that this was the very way to get me thinking again. Natalie, who was the model in Spain, is a very close friend of mine and it seemed that to continue this idea of one model would maybe work. So I've set myself the project of shooting throughout 2008 with the same model. This would test my imagination and creativity better than anything else I could think of.

So as we approach the end of June, I am building up a huge array of very different images of Natalie. The ideas keep coming and it really is working. To shoot with a different model every time would be much easier as you are getting different looks from each girl anyway. Using the same model, it is all too easy to get complacent and shoot the same poses every time within both of our comfort zones.

I now scan through fashion magazines on a daily basis, and can be seen photographing adverts in all sorts of places on my mobile to take home and work on concepts. I am often seen scribbling in my little notebook in the cinema, and then trying to read what I wrote in the dark, when I get home. Cinema really inspires me. I love watching films and seeing a scene which I feel can work as an image. There is inspiration everywhere once you start looking for it, and this project has really done that for me. I have a long list of ideas still to be worked upon so I don't think I am going to run out any time soon. The main problem seems to be running out of outfits!

The next good bit is that on a Saturday at a wedding when I am needing a new idea or a pose I've not tried before, I have all these ideas in my mind. It certainly has made me think more and test my imagination.

I would recommend anyone to stretch themselves this way and see how it pushes you to keep coming up with new ideas. It helps if you have a model like Natalie who is very enthusiastic and just as keen to try out new things as this helps keep the whole project alive. We constantly push each other, and she is quite critical now, so this keeps me on my toes as well.

John is delivering a super class at the Convention in London next January which will feature this project and go in depth into how he works, how he gets ideas, how he plans for a shoot, right through to how he finishes and presents his images. Ed

There are 221 days to get ready for The Societies of Photographers Convention and Trade Show at The Novotel London West, Hammersmith ...
which starts on Wednesday 17th March 2021