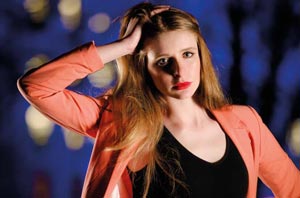 For two people the Convention was a brand new experience and fairly overwhelming at times. Many of you will have stared through your lens at them at some stage or watched as they were pummelled, twisted and pushed into shape for your entertainment and enlightenment. They are Della and Jade who were first time models in London this year. We caught up with them after the event to get their thoughts and reflections.

How did you come to get involved with the Convention?
Della: I've been an actress for several years, in and around my home town of Grimsby. I saw John Denton advertising for models on StarNow and although I don't work to nude levels we got talking and eventually set up a test shoot. Since then I've worked with him on shoots and a number of teaching sessions. He put me forward to the Societies for the Convention.
Jade: Similar for me. I'd done some modelling, some beauty pageants and saw John's casting on Purestorm. I applied and went for a test shoot. That was the first time I'd worked to art nude levels but felt so comfortable and loved it. John has really encouraged me with my modelling and when he asked me to be his main model at this event I was blown away. 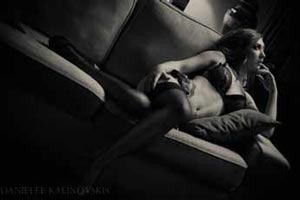 Did you know what you were letting yourselves in for?
Both: NO!

Della: I had done a little tour with the mini Convention in Norwich and workshops in Cambridge and Nottingham last year so had a rough idea. I had no idea of the scale of the event though. It's probably a good thing as I'd have been terrified if I'd truly understood about it before arriving here! I love coming down to London and it really started to hit home what I was in for when we saw the size of the hotel.
Jade: I had no clue really. John had given me some articles about last year to read and briefed us beforehand. One of the things he said was that it would be the nearest thing we'd ever come to feeling like an international celebrity. By the end of the week I knew exactly what he meant with people saying hello from breakfast to bedtime. I didn't always recognise them but they knew me from the various classes I'd worked. The whole thing is huge, I can't believe it's all put together by

When did you arrive?
Jade: We all came down on the Tuesday. I was the first to arrive at Kings Cross. We'd arranged to meet at the Parcel Yard pub then come across in a taxi to the hotel. I had about 10 minutes to myself before John arrived. I remember sitting with a cider and looking across the mass of people moving around the station and thinking WOW, I'm here for a week and part of this. It was very different to the Wakefield station I'd left a couple of hours before.
Della: When I got to Kings Cross, Jade and John were there and it was nice to have a drink and chat before we got to the hotel. Travelling in a London cab past landmarks I recognised and then arriving at the huge hotel was a thrill. That night we went for dinner in the Minako on the top floor. The view across London was stunning and so exciting that this was our playground for the next week. It really sank in then that this was going to be a very special week.