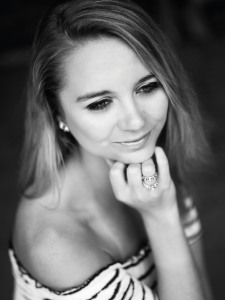 This edition of Lighting Lab will be a little different to normal. It's a mix of lighting and camera review, the reason being that one weekend in May I was asked by Ricoh to try out the Pentax 645z Medium-Format camera. Now I've been a Nikonian all my working life and not used a medium format for many, many years and so I was unsure of whether I really wanted the challenge of learning a new camera. I spoke to a few people who had used the 645z and they convinced me to give it a try.

And so it was that one Friday afternoon I was to be found lurking in Ferrybridge service station awaiting the arrival of a man with a briefcase. We passed each other in the hallway, muttered the codewords and the case was passed from hand to hand without breaking stride. Actually that's just a flashback to a scene from a spy thriller. In actuality I sat in Costa and had a coffee with the terribly nice man from Pentax, Mark Cheetham. He explained the basics of the system, wished me luck and handed over a case containing a camera and four lenses which combined in price cost more than my car! With that in mind I drove home a little gingerly.

I spent the evening getting acquainted with the camera and was pleasantly surprised to find it wasn't a massive learning curve. The menus are easily accessed and their meaning clear to anyone already familiar with photography terminology. The buttons were all familiar and easily reachable. It's quite a bit bigger than my old D300 and heavier but not excessively so and it felt quite comfortable handholding it. The main thing about this beast of a camera though is the sensor and the amount of information it captures - 51MP of information in each image. WOW, quite a step up from my usual 12MP. I was keen to get taking images with it and see just how that looked but also slightly worried it might just destroy my computer. 51MP isn't the only impressive thing. ISO range goes from 100 to 204,800 ISO. Now admittedly it does pick up a tad of noise at that level but what a range? All these impressive little features would be as nothing though if I couldn't put it to use and create some nice images with it.

As luck would have it I was welcoming a potential new model to the studio the next day for a test shoot and she would be my first Pentax victim. I decided I'd shoot Raw and JPG. The RAW files are recorded in DNG format and are around 58MB each so I used a 32GB SD card to record them in the first memory slot and an 8GB card in the second for the JPEGs which clock in at a mere 15MB each.

There are 229 days to get ready for The Societies of Photographers Convention and Trade Show at The Novotel London West, Hammersmith ...
which starts on Wednesday 20th January 2021