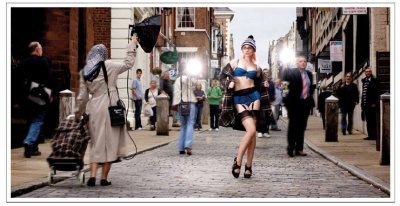 Nothing floats my boat more than being given free reign to do something different and unusual! I'm sure you can therefore appreciate just what a 'Red letter' day it was when Elinchrom, the Flash Centre and DMLS (www.damianmcgillicuddy.com) asked me to shoot some images that showed the prowess and potential of the new Elinchrom Ranger Quadra especially when teamed with the Damian McGillicuddy collapsable beauty dish. The brief was stunning in its simplicity...'Studio-quality lighting anywhere other than in the normal studio situation'! So that's me let off the leash then...

To me it was paramount to show just how brilliant and capable the Quadra is in any situation. I often think when people see the compact sleekness of these units they forget they have a full 400ws of umph, almost the iron fist in the velvet glove so to speak!

Thinking 'outside the box' has never been a problem for me; let's face it most people think I'm 'out of my tree' at the best of times and that obviously helps in the 'creative' department. One of my favourite quotes is from the legendary comic Spike Milligan. He once said: 'There's a fine line between creative genius and madness...Trouble is I'm never sure which side of that line I'm on'...Beautiful.

It was obvious that the shoot had to be outdoors. The first thing that struck me, for some mad reason, was the first time I met the amazing Ulorin Vex. Meeting Ms Vex was unusual for me, she is one of the very few models I've ever booked on just reputation as opposed to doing some sort of casting meet. Ms Vex has such a strong and manicured image that I was expecting a slightly stroppy diva who walked on a cushion of air about a foot off the floor!!! 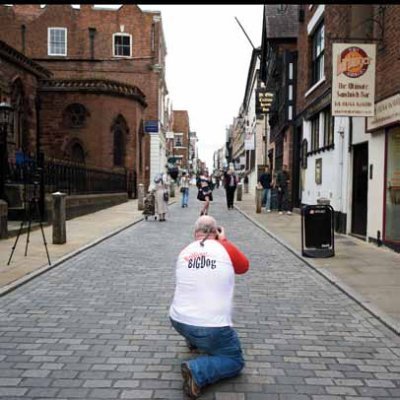 Can you imagine my surprise when we did finally meet. In her 'down time' Ms Vex is quiet, softly spoken, demure and perhaps even slightly shy and introverted but, man, in work mode she sure turns it on!!! She was the right girl for the job, so I picked up the phone and booked her. Working with great talent is always an immense pleasure. I wanted to capture this dual-sided seductress, so decided to clad the sex kitten in an Adrian Balboa, plain-Jane, beige shell and 'discover' her in a 'where's Wally' type of a way...Yes even I worry what goes on 'Up there' sometimes!

Despite my reserve regarding my mental state, that was the first part of an idea sorted so it was on to turning the ethereal concept into a solid, happening reality.