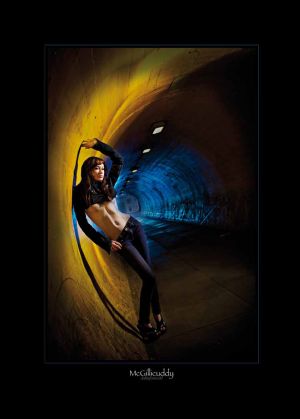 Sometimes those closest to us say something sometimes that cuts straight to the bone, whether it's meant or said in jest! Now it's very well known that my 'shell' is far from soft but my oafish business partner, who has to be forgiven as he's Scottish and knows no better, made just such a statement not that long back. Over a coffee whilst unpacking some kit sent to us by a manufacturer to see if the Big Dog would be seen to use it, he said something to the effect of, "I wonder how other less well sponsored or financed photographers get by, we've got all the kit in the World"... Cheeky bugger! I immediately reminded him that it had now't to do with kit but rested firmly on my talent ;0) Soooooooooo... .To cut a long story short, I'd talked the talk and now was faced with walking the walk! I set myself a challenge to create images that impressed with the absolute bare minimum of kit...real strobism. 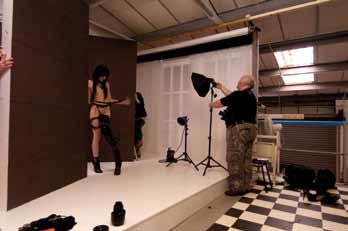 Now, I'd never really been into speed light's in a big way but, there again, with Quadra and Qflash why would I have been, I'd recently read an article in a magazine about the Nissin Di 866 speed light being the most powerful hot shoe mounted gun in the world. Now, quite simply, you can never have too much power, so I rang Kenro and asked if they'd send me some to try and happily the lady from Kenro said "Yes"!

Next call was to my very good friends at Elinchrom for a means to trigger these beauties off camera - enter stage left, Elinchrom,s universal Skyport. I do so love the way Elinchrom package their equipment, everything is thought of and has its own place.

As soon as all the kit arrived I unpacked it eagerly and started testing the equipment in the studio, in secret. I wanted to see just what spread of light the units gave and how much punch they had.

I've got to say I was pleasantly surprised by utilising the 'zoom head' feature I could cast light, from a subject to camera distance of approx 12 feet, from a wash that encapsulated a 24-foot wall to a 'box' that was 4'x2'....Great!

The thing that really blew me away though was the power! Using the same 12-foot light to subject distance the Di866 was metering f16 and 8/10 of a stop...In other words, as near as damn it f22, amazing!!!