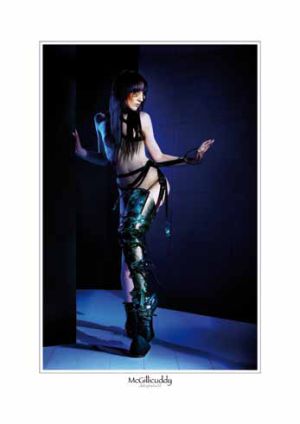 It was around about now in my secret test site that I started to have those little conversations with my own inner voice, these units might just have a use for a 'serious' photographer like me ;0)

I was so impressed, the more I used, the more I liked. Then I hit my first usability snag. It's well know amongst my many titles and accolades the most awarded is the one for the 'World's laziest photographer', even I found the recycle time to be slightly irksome after a while, then something magic happened.

I'd been feeding the little Nissin beast those 'copper coloured' delicacies and having temporarily run out of them, and being at home - yes I loved them so much I took them home, I just 'loaned' the batteries out of my kids Xbox controllers. Yes I stand a great chance of winning 'Dad of the year' ta very much!

That's when the magic happened! Me being the Words thriftiest Dad, I'd bought the boys rechargable batteries. Now more by luck than good management, they were probably on offer in Makro, I'd purchased 2,500mAh NiMH batteries, what's that mean?

Now I make no apology if I'm teaching granny to suck eggs, this is exciting news, and if it only enlightens one reader from the masses that read this beautifully penned bi-monthly extravaganza it's been worth boring you other lot....The recycle time 'magically' halved. In fact on half and quarter power the refresh was virtually instant....Smashing! As I'm power hungry I've since treated myself to a plethora of the 2,900 mAh versions and there even better. One of the great features of the Nissin Di866's is that for a very small amount you can buy extra battery magazines so you can just keep 'feeding' the gun easily, quickly and without fuss. You can just keep shooting with the minimum of down time. Having said that though, I've never actually ran out of power on a shoot but I like a belt and braces approach.

I've been strobing for a wee while now in various guises and I must say I'm loving the extra flexibility of the even more pared back kit it, it's great on the back.! Ok if we accept speed lights aren't appropriate for every job and don't over tax them in the 'power output needed' stakes then these little beauties are a godsend.

This is all very well and good, but just what are these little marvels really capable of, what can they do for you? The shape and size of the flash tube in essence means a harsh, contrasty, utilitarian light of a quality that just 'illuminates' rather than beautifies and who ever but the flash connection on top of the pentaprism should simply be shot! There is no worse place to put a flash the on the same axis as the lens. The whole reason and creation of 'red eye'. If you take only one thing away from reading this article...get your flash off camera! I don't care if it's a cord off camera to a bracket or on an independent stand (that's the better choice) just get it off camera...please!!!