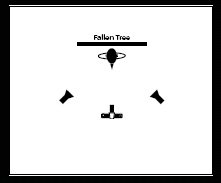 The Forest At Night

Actually, I'm afraid that's a lie, I didn't shoot this at night, I merely let the strobes overpower the ambient light. This unusual location is in fact the root ball of an upturned tree. For once I also strayed from the simplicity of a single light and in fact used two strobes to create this shot. 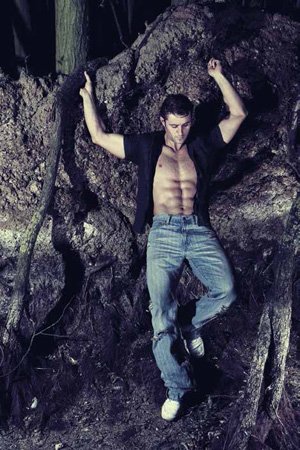 Both strobes were used with just bare bulbs, no modifiers at all, and were placed at approximately 45 degrees from the model with me standing between them to shoot him. The strobe to my left-hand side was approximately twice the power of the one to my right. When shooting, it's worth considering how much post-processing you want to do on an image. Straight out of the camera the image was bland and lacked any life at all, but I knew I wanted to deepen all the shadows and apply a cross-processed effect to give it a blue tint which would make it come alive.