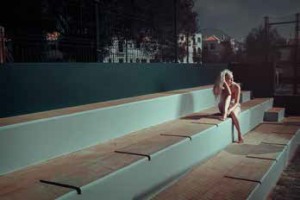 This year, 2017, will also be the first time we've taken more than two models. We're officially taking four so that shooting groups are kept low in number but we hope to be sneaking Matilda Jane out of retirement. She's been with us twice already and, even though she's getting married this year and leaving active modelling, she'll be there keeping an eye on us and can't imagine she'll stay away from front of camera. We'll also be welcoming Hayley back to the gang. She's a dancer and lives in Germany so hasn't modelled for us for a few years but she's flying out to Portugal especially to share her dance talents with us. Working alongside her will be Emma Wilde, Evie Siddall and Isla Rose – all have proved themselves on workshops and shoots over the past year and I can't wait to have them all together in such a beautiful setting. This year we have a mix of shoots planned from urban fashion to beach bridal, art nudes and underwater photography. Whatever your style there's something for everyone. 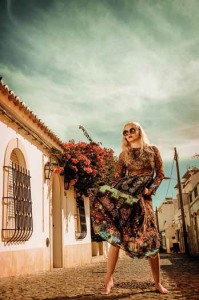 One of the challenges of working in Portugal is the sheer amount of light you're presented with. Early in the morning it tends to be a little cloudy but that very quickly burns away to give blue skies and hard sunlight. That's where we've used Elinchrom Quadra and High Sync ELCs up until now, to tame that hard light and preserve the sky colours. The new 1200W kit will give us many more options in this area. Last year one of the most punishing shooting days was on a five-a-side pitch opposite our accommodation. There was zero shade and it really tested the creativity, and lighting skills, of the delegates. I took this set of Matilda using the ELB HS head and ringflash unit.