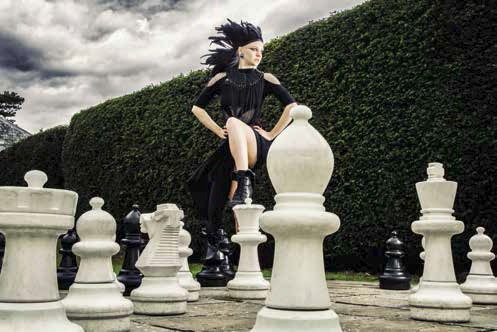 The next two days were fantastic. Thanks to everyone who came along to the Roadshows, showed me their images for critique, talked with the Trade and stayed to the end for my talks. It's the bit of my job I love most, getting out talking to new people and meeting old friends. I always try and vary each talk a little. In Southampton the light fixture guided me to a final image that blended the ambient light with flash. The exposure was taken from the light fitting and darkened a little giving an exposure of 1/200s at f3.5 and ISO 200. The flash was set to that output level giving even light on Matilda. It's an essential technique for managing light in all manner of situations and I love demonstrating it.

From the Southampton show we drove to Ryegate ready for the final workshop. Better still we had two nights in the same hotel. There is no more exciting a feeling when on tour than to know you'll have the same bed for two nights running and not have to pack your bag again, or to load the car again. Small pleasures. 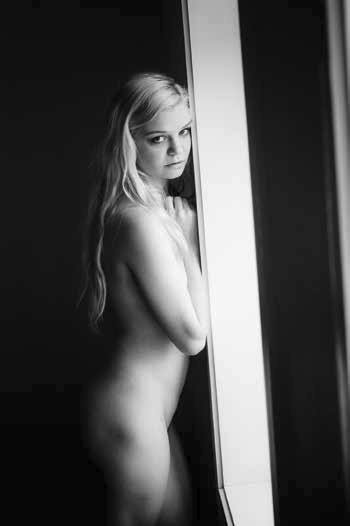 The last show was in a much more modern venue which took us in different directions. We used the hard sunlight outside in a range of fashion and nude styles. Indoors we put together a fashion look using three lights. One ELB 400 was fitted with a square dish, gridded and used as the key light on Matilda's face with a fairly rapid fall off of light. A strip-box was used to give lighting from camera-left to give separation and definition to her dark side. Finally a dish, fitted with a grid was aimed at the back wall, just around shoulder level to give that little splash of light behind Tils.

There was a large clock on the wall but a little Lasso and Content Aware Fill soon got rid of that in post. The final setting was to change the in-camera white balance to 4,000K to give a funky blue toning to the image.